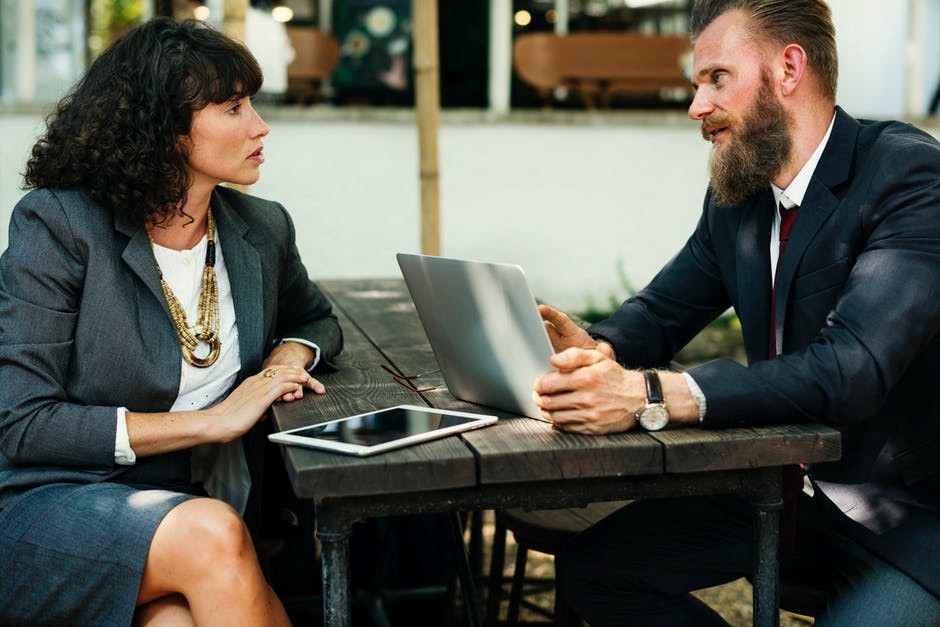 # It’s Time!
Everyone is focused on sexual harassment and sexual misconduct. Everyone is talking about # Me Too and # It’s Time. Everyone is aware that it’s way past time to speak up finally – way past time to expose the perverts; way past time to be listened to and heard; way, way past time to stop the abuse of power of one gender over the other. The emphasis is weighted heavily on the prevalence of long-hidden and mostly covered-up physical abuse and sexual misconduct, leaving another much bigger elephant in the room ignored completely because the worst grievances are so blatant:
> Ejaculation into a potted plant in a hotel hallway
> Uninvited pats on the butt
> Public exposure of masturbation
> Answering the door in a bathrobe exposing male genitals
> I just grab ‘em by the pussy; they let me ...
> Forcing unwanted nudity and touching
> Terrorizing by force, power and physical abuse
> Refusal to hear STOP or NO prior to rape
> Bruising and black eyes
> And so on …

# Me Too
I remember the night a good friend whom I’d had dinner with invited me to his apartment for a drink. He’d been to my apartment several times for a drink and nothing had ever happened between us; no good night kisses or anything romantic or sexual. He was a “good” friend, … I thought. His full weight hoisted across my tiny body took me by such surprise and I felt how helpless my pushing back and crying out were against his two hundred pounds of force. It may have been only 20 seconds of my screaming and fighting him off before he stopped. It felt like an eternity. I thought for sure I was going to be raped. I couldn’t fathom what had given him the signal to move on me like that. I didn’t stay to have the talk to try to understand. I left as quickly as possible. I never spoke with or saw “my good friend” again.

At my mother’s 90th birthday party, one of my favorite teachers was playing the piano. He’d been beloved by all. He was our music teacher and there was nothing more coveted back in the day, than to be in the 9th grade choir. It was the most “IN” thing of all IN things, and auditions were required. The day I tried out for the choir, Mr. F told me, “So here’s the deal. I’m going to let you be in the choir. I’m going to put you on the front row where I can look at you. BUT you have to promise NOT to sing.”

Needless to say, … Sad to say really … I was ecstatic. I was going to be in Mr. F’s 9th grade choir. It never entered my mind he had done and said something offensive and inappropriate. I’m sure he never thought he’d done something offensive or inappropriate. I’d always thought the story was “cute” and that it meant I was pretty. What else mattered? …

Flash forward to my mother’s birthday party. There was my junior high school music teacher, playing the piano for the special occasion. How sweet to see Mr. F all these years later. The photographer certainly wanted to get a picture of us side by side on the piano bench and so did I! As quickly and as entitled, my dear teacher, in 2007 at my mother’s 90th birthday, with probably 100 guests present, slid his arm around my lower back and grabbed the side of my behind with a forceful grip - and just like that - it had happened and ended. The picture was taken. The evidence was hidden from the camera and I’m ashamed to say, I said nothing. The disbelief and shock of it were extreme, I was speechless, dumbfounded, … dumbstruck. I’m sure Mr. F, probably again, never thought he’d done something offensive or inappropriate.

Mr. F passed away five years ago and I feel robbed of the opportunity to ask him, face to face, “What the hell were you doing, grabbing my ass like that? You had no right to do that. It wasn’t okay with me! And the worst part of it was I said nothing. My silence gave you permission and I want to take that permission back! I want you to know how offensive what you did was.”

My “me too” stories are real and vivid. They pale in comparison to so many others that unfold every day. # Me Too. # It’s Time. IT’S IMPORTANT TO TELL THESE STORIES. IT’S IMPORTANT TO SAY THAT SEXUAL MISCONDUCT IS ALWAYS UNACCEPTABLE. It’s definitely important to acknowledge that Mr. F’s story and Al Franken’s inappropriate escapades are not the same as Harvey Weinstein’s horrors and my near brush with “attempted” rape.

Physical Abuse vs Verbal Abuse
I’d always sworn if a man ever laid a hand on me in attack, if a man ever hit me, I would be gone in the flash of an instant. I knew I would never accept any circumstances that had any form of physical aggression. Unacceptable and easily identifiable. My story of attempted forced sex is proof. I left that apartment without any communication, without listening, without another chance to be friends. I was done. I was clear. Zero tolerance of physical abuse. Absolute zero tolerance. Zero acceptance of physical force. Absolute zero. No man would ever hit me and see me there with him the next minute or ever again.

Shortly after the end of a sweet relationship with a gentle man that broke my heart, I rebounded into a relationship with a super smart attorney in recovery from alcohol addiction who was bigger than life, who took my breath away, who constantly made me laugh, who was politically tuned into the world like I was, who did everything on a grand scale. He asked me to marry him within a few weeks of meeting him. We were on a whirlwind. I was ecstatically in love and thought this man was the answer to my every wish. It was mutual and delicious.

He took me to the wedding of one of his cousins in Charleston, South Carolina. There’d been nothing but sweetness between us. Suddenly I was being yelled at for not having finished packing before breakfast on the day of our departure from Charleston. His communication was devastating. I was fighting tears at breakfast. I said nothing to him the entire flight home from Charleston. At another point after continued sweetness and repeated pledges of fidelity and adoration, I was harshly berated for not remembering the order or details of instructions concerning the electrical system and sailing support functions of his Saga 43’ sailing yacht for which I was a total novice. Every now and again, out of the blue and based on what felt like nothing, he would condemn my devotion to my adored little dog. The last straw, among several more minor but explosive interactions, was getting him to the emergency room following a severe food poisoning in Saratoga, NY when he condescendingly found fault with everything I did in a shaming and patronizing way I’d never experienced before.

I thought we were two big personalities that had come together and it would take time to learn to manage all that energy. I thought we just needed time to settle into patterns that would work for us. We just needed to learn and get used to each other. I thought a man who was that understanding, loving, sweet, adoring, and generous could not be abusive. I didn’t even realize that words could be abusive. When the spotlight came on and everything came into focus, I couldn’t say good-bye fast enough.

The Elephant in the Room
Verbal abuse can be insidious. It can be dehumanizing and belittling. It can be hidden. How do you prove verbal abuse? How do you know it has occurred? How do you show it to someone? There are no bruises. There are no lab tests. There are no physical signs. Looking into the eyes of a verbally abused woman, there will likely be indications of fearful diminishment. The look in Melania Trump’s eyes at the inauguration of her husband definitely begged the question, asking what caused that expression combining pain, fear and sadness.

It’s natural to be worn down by verbal abuse and there can be physical outcomes – not so easy to demonstrate a direct link to causation. Years ago, a friend of mine was in a coma for several weeks. The cause was never determined. About twenty years later, she left her abusive tormenting husband who physically abused their children and never laid a hand on her to cause her harm. He simply blackmailed her into having more babies and verbally attacked her without relief.

They told us as children, “Sticks and stones can break our bones but words can never harm us.” I teach people that we have control over our feelings. I believe no one can make us feel something if we hold fast to our own power and realize how much control we have over what we think, what we feel, what we say and what we choose. Verbal abuse can wear you down in ways that are often unidentified and accepted as unalterable unnamed givens.

Let’s look at the workplace where verbal abuse can be the most subtle and deep-seated. Women (and men as well, in smaller numbers) are experiencing many different types of verbal abuse and are being taken advantage of because of their weaknesses, their belief there’s nothing they can do about it, and their own unconscious contributions to verbal abuse and to not being heard. I see this ongoing issue underlying many of the problems that contribute to dysfunctional workplaces. I wrote GAGGED, The 10 Mistakes that Stop Women from Being Heard at Work to combat the insidious and understated patterns that exist and that women have much more control over than they realize.

There are, of course, many contributors to the imbalance of power that exists at and outside of work. My goal is to build awareness of what’s happening, to support women in their expansion of perceptions and viewpoints, and to provide improved skills, actions and behaviors leading to better self-awareness and self-esteem, attainment of successful outcomes, and rebalancing of the existing inequities.

The elephant in the room is verbal abuse. It’s critical to expose the underlying behaviors and communications that exist almost everywhere. It’s crucial to recognize and call out the sexual misconduct and physical abuses that have been rampant and hidden for so long. We must also care about and support women everywhere who are experiencing these repeated verbal attacks that cause them to feel gagged and helpless. No bad deed should go unnoticed. Size is not the measure. Integrity, equality, fairness and honesty are the fulcrums for justice and ethics. We must hold onto these in the face of assaulters, bullies, liars and abusers in every setting and on every level.

Get updates and the latest news delivered directly to your inbox. 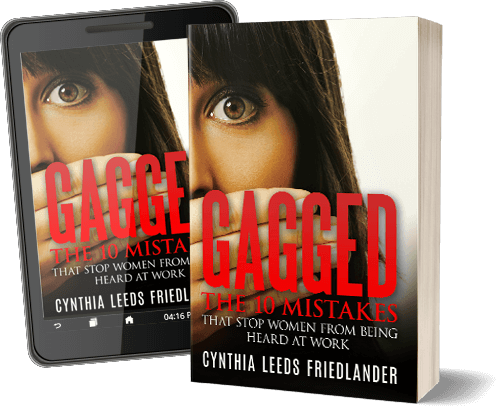 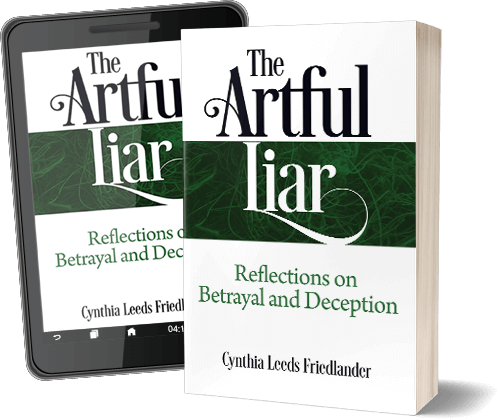 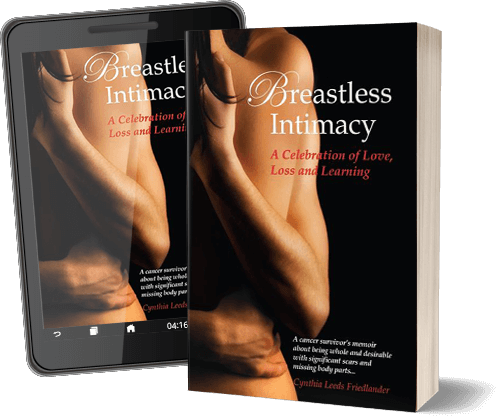 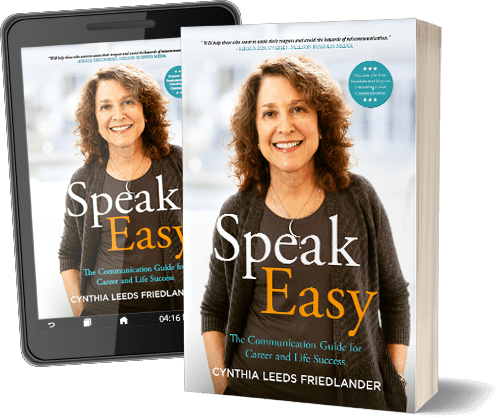 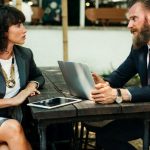 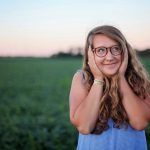 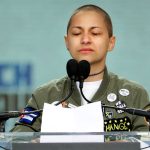 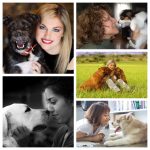 Our Relationships With Our Dogs – Confessions of a Dog Slut 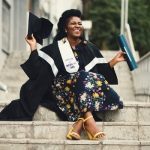 You Can Have It All – Myth VS Reality 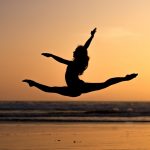 See How Empowered You Are 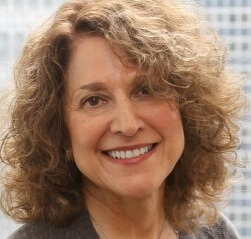